Today, Marvel Comics publishes Wolverine #19, SWORD #11, and X-Men: The Trial Of Magneto #5. And all three have visual teasers for what is to follow, for Destiny Of X and beyond.
“A broken throne for a broken land” – SWORD #11 teases X-Men Red #1, which seems to be set on the planet Mars, now known as Arakko, home of the Arakki mutants, and governed by Storm, Queen Of Arakko and Regent of Sol. A sequel to the current S.W.O.R.D. series that has explored Krakoan influence and presence in space. And probably written by Al Ewing possibly with covers by Leinil Yu, 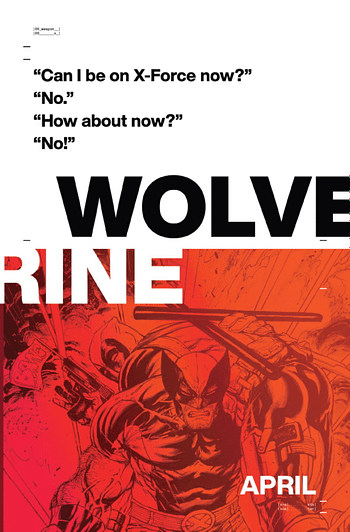 Wolverine #19 teasesd a new Wolverine #1 – with Deadpool. Will Wolverine be able to keep Deadpool out? Why does Deadpool want in? Is he just there to mess with everyone, or to fulfil some inner need? Is it all just a cry for help or an attempt to escape his creators? Will this still be written by Benjamin Percy? 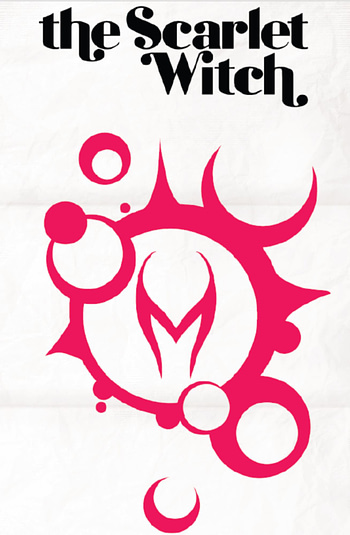 X-Men: Trial Of Magneto #5, the comic with very little Magneto in it and where he is there, he’s not n trial. The Resurrection Of The Scarlet Witch may have been a better title, in more ways than one. Maybe even the Resurrection of Krakoa? Not only has the series restored an earlier non-genocidal version of Wanda Maximoff, with a younger body to boot, but it appears that there will be more to come, namely a Scarlet Witch series to follow in 2022 from Marvel Comics. Well, with the success of WandaVision and the upcoming appearance of Wanda in the Doctor Strange: The Multiverse Of Madness movie, it looks like Marvel will be giving its readers a comic with the Scarlet Witch’s name on it to buy at the comic book shop sometime in 2022.
SWORD #11
MARVEL COMICS
OCT210875
(W) Al Ewing (A) Jacopo Camagni (CA) Stefano Caselli
THE FINAL FRONTIER?
Sword Station One is crashing to Earth. The Lethal Legion is poised to destroy the diplomatic zone. Abigail Brand is ready to make her move. But how far ahead did she plan? How many losses will she accept? And how many bodies will she leave in her wake?
RATED T+In Shops: Dec 22, 2021
SRP: $3.99
X-MEN TRIAL OF MAGNETO #5 (OF 5)
MARVEL COMICS
OCT210877
(W) Leah Williams (A) Lucas Werneck, David Messina (CA) Valerio Schiti
JUSTICE IS SERVED. The mystery surrounding Magneto and Scarlet Witch is resolved. The guilty will be judged, the innocent absolved, the victims avenged… and all shall endure their own trials. RATED T+In Shops: Dec 22, 2021 SRP: $3.99
WOLVERINE #19 (MR)
MARVEL COMICS
OCT210892
(W) Ben Percy (A) Javi Fernandez (CA) Adam Kubert
THE OLD MUTANT AND THE SEA! It’s the one that got away…but not for long! The deadliest creature on Krakoa is off its shore, and the deadliest mutant there is will at last set out to hunt the leviathan he encountered on an X-FORCE mission. But can WOLVERINE take down this hidden creature of the deep that’s bigger and stronger and older than math can figure? He better, because no one is safe until he does. PARENTAL ADVISORY In Shops: Dec 22, 2021 SRP: $3.99
Enjoyed this? Please share on social media!